SMH: Put A Smile On Your Face 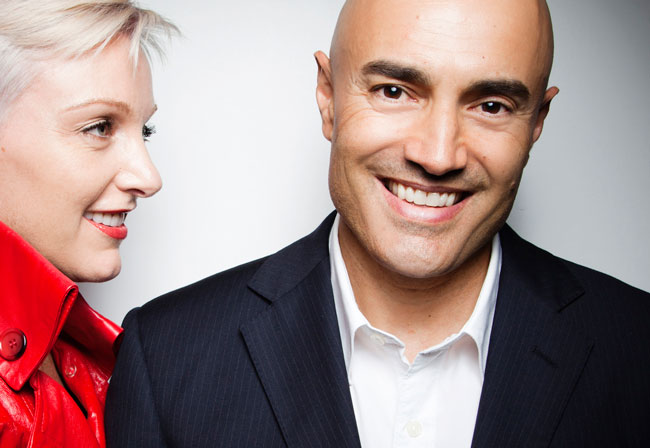 Improving the appearance of teeth can be enlightening, writes Anne Fawcett.

Few people enjoy going to the dentist to have a filling or root canal work but our attitude to elective cosmetic dental procedures is slightly different. According to Sydney dentist Angelo Lazaris, they’re the only procedures that people look forward to. It’s one of the reasons that he developed a special interest in cosmetic dentistry.

“People do burst into tears in my surgery but usually it’s because they’re happy with the
end result,” he says.

About 75 per cent of Lazaris’s workload is cosmetic dentistry.

“I still do routine dental work like fillings and restorative work but I avoid root canals and
wisdom teeth if I can,” he says.

According to the Australian Dental Association, there is no specialist category for cosmetic dentists.

“Cosmetic or aesthetic dentistry is the broad heading under which many dental procedures that improve the appearance of teeth may be described,” says the association’s website.

There is no minimum level of training for dentists who want to perform exclusively cosmetic procedures. Lazaris graduated with a bachelor of dental surgery with honours from the University of Sydney in 1991. He worked in general dental practice for three years
before undertaking further training, in Australia, Europe and the US, in cosmetic procedures through organisations such as the American Academy of Cosmetic Dentistry.

He regularly attends conferences to keep up with information on the ever-expanding list of materials being used in cosmetic procedures.

“Cosmetic procedures are quite a challenge,” he says. “They require a lot of attention to detail and a lot of planning and communication with the patient. They also require more abstract talents like artistic perception and acuity. There’s a real emotional appeal.

“Because cosmetic dental procedures are almost exclusively elective, practitioners have to tread a fine line, ethically and professionally, and know what the patient’s expectations are.Our primary responsibility is not to do any harm.”

Lazaris spends a lot of time counselling patients, not uncommonly talking them out of the procedures they request.

“Some people want to do drastic reconstruction, or considerable amounts of work, which may only result in a marginal change to their appearance. Or they think that changing the appearance of their smile will make them look 20 to 30 years younger.”

Occasionally, patients request a full mouth of crowns or veneers when similar results could be achieved by less invasive procedures.

“Others will come in with a photo from a magazine and say they want a smile like that but they don’t really understand that the smile is controlled by other facial features as well,” Lazaris says. “Lately there have been a lot of people wanting [Hollywood starlet] Jessica
Simpson’s smile, they get very attracted to that American Hollywood style.”

Programs such as Extreme Makeover and Australia’s Body Work (on which Lazaris appeared) generate a rush of queries from patients keen to have similar work done. But the same outcome isn’t guaranteed.

Lazaris works 10- to 12-hour days, much of it sitting still and concentrating. He says the rewards are great when there is an obvious improvement in a patient’s confidence.

Stay in touch with Dr Angelo